The finger on the invisible hand


Editor’s Note: Save the children from high prices

On Friday’s “Hardball,” CNBC’s Erin Burnett spoke on the advantages of giving lead paint to kids.

“If China were to revalue it’s currency or China is to start making say, toys that don’t have lead in them or food that isn’t poisonous, their costs of production are going to go up and that means prices at Wal-Mart here in the United States are going to go up too. So, I would say China is our greatest friend right now, they’re keeping prices low and they’re keeping the prices for mortgages low, too.”

I feel that Erin is a kindred spirit. As a child, all my toys had lead paint, and I sucked all the paint off every one of those suckers, and as everyone knows, if there’s one thing I enjoy, it is low prices at the expense of others. Let’s not forget, the deluge of crappy and deadly products from China don’t just help the moderately rich. It also helps the Walton family.

For some reason, this reminds me of the time my grandmother died from poison toothpaste. Good times. Good times.

Nine of Ten say no to Text Driving

(SNN New Brunswick) Nine out of ten Americans believe sending text messages while driving is as dangerous as driving after having a couple of drinks.

The tenth person surveyed was Arlo P. Hasenpfeffer IV. In addition to allowing texing on the highway, Arlo believes in arming felons, putting corn syrup in the drinking water, and banning dentistry. In 2004, Arlo voted for President Bush because he wanted to “Punish the World.”

The state of Washington in May passed the first ban in the United States on texting while driving and at least six other states including New York, California and Florida are considering similar legislation, Pinger said in a statement releasing the survey results.

Hal Turner, a spokesman for the Texters for a free America, a libertarian rights organization also said, “You can have my blackberry when you pull it from my cold dead hands, literally.”

The paper was called the “Pathophysiology of Male Homosexuality.” One piece of evidence used by the paper was the fact that the anus is not self-lubricating. It is surprising a White House nominee understands the minutia of his appointed position in such great, scientific detail. Holsinger also pointed out that pipe fittings came in male and female variety, showing his versatility and suitability to also handle the coveted post of Secretary of Drains and Fixtures.

Other papers written by Holsinger suggests he believes stem cell research will lead to gigantic killer half-human half-jackrabit mutants, teenagers can be talked into not having sex, and abortion clinics will one day be struck down by the fist of an angered god.

It will most likely be revealed that Holsinger snorts massive amounts of crank while sodomizing young, male prostitutes with a crucifix. Most likely this revelation will come a few days after he is confirmed.

This is a brave piece of legislation for a Republican Governor. By passing this legislation, Blunt is saying that his administration approves of industries are regulated by government. The bill also bans abortion-providing agencies from providing free sex education materials in Missouri schools, on the presumption that they will give incorrect information in the hopes of drumming up business.

However, not everyone is happy with this brave new direction. “Essentially, what Governor Blunt and the legislature are doing is saying that teens need to be protected from information, not from sexually transmitted infections or unintended pregnancies,” said Peter Brownlie, chief executive officer of Planned Parenthood of Kansas and Mid-Missouri. However, Mr. Brownlie is forgetting two important clichés. Knowledge is power, and power corrupts.

Planned Parenthood said the law could prompt renovations costing as much as $2 million at its Columbia clinic, which performs 600 to 700 abortions a year. A Kansas City office, which offers only abortions induced by medication, would probably quit doing so to avoid renovation costs.

To show his voters that he had their best interests at heart, Blunt signed the bill in a Baptist church. To the joy on onlookers, he managed to sign his name to the bill with eighty percent accuracy.

This new law puts Missouri back in the running for the coveted “Most Embarrassing State” award. Nevertheless, it likely will take something even more backwards to knock Mississippi out of the number one slot. Perhaps if Matt Blunt actually ran the state government from a Baptist church, wore bibbers, and spat tobacco at his underlings, they could have a chance at the title.

Editor’s Note: Gupta is no Sicko

Yesterday on CNN, Michael Moore accused Dr. Sanjay Gupta of being little more than a paid shill of the pharmaceutical industry. Wolf Blitzer contended that Dr. Gupta was a well-respected journalist and surgeon.

It is impossible that anyone would think Gupta is a paid shill. Due to my advanced weight, I spend a significant time in the doctor’s office. In that office is a kiosk paid for by a pharmaceutical company that plays snips of Sanjay Gupta followed by commercials on what drugs to take to fix the condition he has just explained. Gupta does not do the commercials himself; there is clear separation. While I don’t know this for a fact, I’m sure Gupta does this out of a sense of service to the community and takes no money from the pharmaceutical company.

What Moore fails to understand is that Gupta is also unimpeachable as a doctor because he is on CNN. That kind of face time is worth much more than a bunch of living patients. He was a neurosurgeon. Now, I’ve never poked around in a brain, but I have seen Hannibal. I’m pretty sure that anyone who could cut open someone’s head is capable of anything. However, Gupta was such a good neurosurgeon that he was bumped up to being a journalist. As a journalist myself, I can assure you anyone who calls themselves a journalist is at least ten times smarter than a neurosurgeon and the same goes for the President.

Moore and Blitzer should have discussed the successes of America’s medical system. The reason our system looks average is that they are looking at averages. There is no better country on earth at extending the life of those who can pay. Sure a few poor people might have to die so that rich person can life another year, but that is just capitalism at work.

Finally, I’d like to remind you that Moore is tremendously fat. He is the reason why there is so much strain on our health system. Yes, Moore personally. He just doesn’t want to use his millions to pay his doctor’s bills. 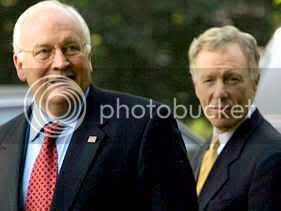 All the Federales, they say They could have had him any day They only let him slip a-away Out of kindness I suppose

(SNN Washington) Mohammed Salah was convicted on a single obstruction of justice charge in February. He was allegedly supporting Hamas’s terror campaigns in the Middle East. Now with the help of President Bush, Salah is hoping for probation.

Because the crimes Libby was supposed to have covered up remain unproven, Bush explained that Libby’s sentence was “excessive.” By extension, a number of white collar criminals may want to take advantage of the Executive opinion.

While technically, Bush’s words do not make a legal precedent, many people have observed that Bush’s actions are petty, partisan and ill-informed, making them worthy of most district court judges appointed by Bush’s administration. 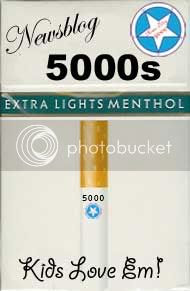 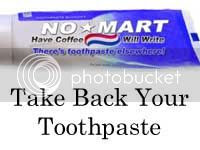 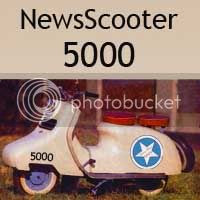